As an observer, curator and producer at Ars Electronica Linz/Austria, I have considerable experience dealing with how artistic practice is changing due to the influence of new communications technologies. Recently, digital media have come to play an increasingly important role in most people’s everyday life and these media have become user-friendlier (though also more limiting in their expressive possibilities); accordingly, they are not excluded from use in the realm of art.

For the City of Linz’s one-year term as European Capital of Culture in 2009 and for Ars Electronica Linz, I developed (in collaboration with Gerfried Stocker/AT, Michael Naimark/US and Steve Clark/UK) the “Hopes & Fears” and “PinHole – live out of the box” projects in conjunction with “80+1 A Journey around the World.” In cooperation with Dolores Labs, a Web 2.0 marketing consultant, we used Mechanical Turk and other crowdsourcing and social networking sites to recruit people who were amenable to discussing with us their hopes for and fears of the future. Any form of live interaction (e.g. singing, dancing, speeches, poetry) was welcome[1]. 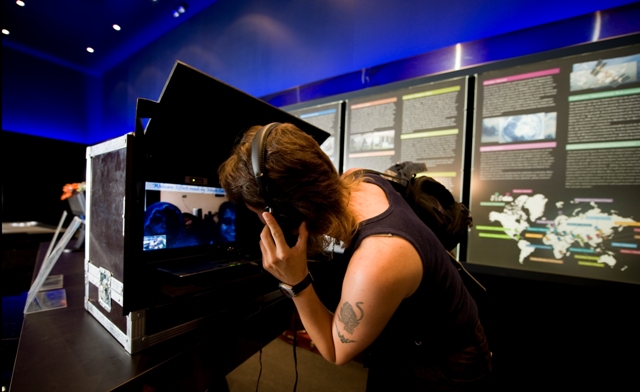 My first effort having to do with participation was “Wo drückt der Schuh” (where does the shoe pinch), a project produced with the help of thousands of shoe donors in conjunction with the Province of Upper Austria’s Festival of the Regions (2001 theme: The End of Gemütlichkeit)[2]. A silent demonstration of distress and dire straits manifested itself as a protest in the form of a display of 6,000 pairs of shoes with a note affixed to each on which the donors expressed their woes in writing. 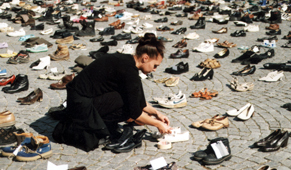 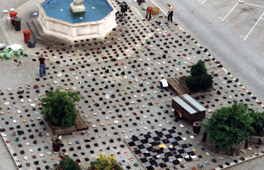 The background of this work was a political realignment on the federal level in Austria which brought an extremely conservative coalition to power. The collection of statements was open to expressions of all sorts of anguish gathered by my fellow collectors and myself. Following the action, the shoes were made available to anyone who wanted to take them. The remainders were deposited in the collection receptacles of a local charitable organization.

Human beings and their social fabric, their questions, cares and everyday wisdom, and their relationships to their physical surroundings play important roles in all my projects. What I’m interested in is how this knowledge is generated and what influences it, as well as what can develop out of it. The internet is a medium particularly well-suited to conducting this research since it obviously satisfies people’s need to make their personal standpoints and experiences public, enables them to participate, and suggests affiliation and a sense of belonging.

Manuela Naveau was born in 1972. She lives and works in Linz, Austria. Since completing her studies at Linz Art University, she has worked as an artist and curator in Austria and abroad since 1997. She returned to Linz in 2003 to assume curatorial and project management responsibilities at Ars Electronica. In collaboration with Gerfried Stocker, artistic director of Ars Electronica Linz GmbH, Manuela Naveau developed the Ars Electronica Export division, which she has co-headed since its inception. In addition to curating, producing and placing Ars Electronica exhibitions at museums and institutions worldwide, her interest is focused on the manifold manifestations of contemporary artistic practice. Since 2014 Manuela Naveau is lecturer for “Artistic and Scientific Research Methods” at the University for Art and Industrial Design in Linz / Interface Culture and currently working on “Crowd & Art”; her PhD thesis research investigates new forms of internet-based participation in the artistic process and their influence on artistic practice that is currently in a phase of flux (mentoring by Thomas Macho and Christa Sommerer).

In 2010, Manuela Naveau (née Pfaffenberger) married Nicolas Naveau, a Frenchman living in Linz. Their son Raphael was born in 2009 and their daughter Aurelia was born in 2013. 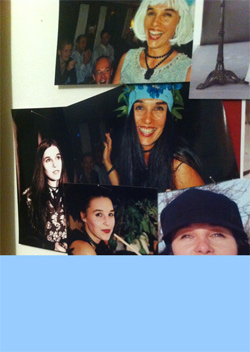